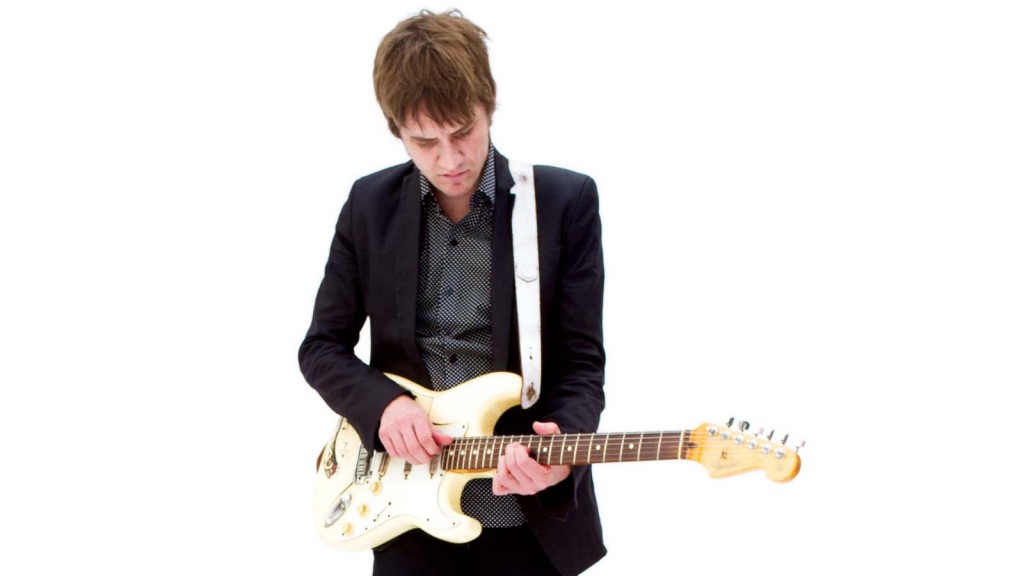 You always know a record is good when the songs start sticking in your head on the first spin, and Sugarland, by ex-Dwight Yoakam sideman Brian Whelan, catches the ear with tunes that sit comfortably in the alt-country camp, while simultaneously steering in a heavier, more guitar-forward direction than what’s typically heard from the Americana scene these days. Whelan’s post-Yoakam stylistic transition would seem logical enough, but then you can’t overlook the effect of his tenure with the Broken West, an indie band that churned out hit-worthy pop-rock tunes that had little in common with the ’50s/’60s honky-tonk country that informs Yoakam’s style.

However it happened, Whelan turned his direction as a solo artist toward forging an honest sound that reflects his love of ’50s-era rock, while mixing those signatures with a spate of other influences that coin him as anything but a run-of-the-mill roots rocker. Check out online videos of Whelan and you’re likely to hear him mixing a Gram Parsons, Ray Price, or Talking Heads tune alongside his own rockers and introspective ballads—such as the deceptively titled “Suckerpunch,” which he co-wrote with singer-songwriter Phoebe Bridgers. And whether he’s performing solo on an Epiphone archtop acoustic or ripping a burning solo on his mongrel Strat, it quickly becomes clear that Whelan isn’t settling down with one bag of tricks—as he alludes to when comparing his new release to his first album,Decider.

“This is a little more of a rock-and-roll record, and hopefully more cohesive than my first album,” says Whelan. “Decider had some power-pop songs and some alt-country/rootsy kinds of songs, and I was hoping to synthesize those more so it just sounds like rock and roll—Buddy Holly, Chuck Berry, and things like that, as opposed to being one or the other. So some of the stuff that was more power-pop, I went back and added dirty guitars to it, and vice-versa. If it was rootsy, I would put harmonies, tambourines, or jangly guitars on it, just trying to make it all one. I’m not sure if I succeeded, but that’s the main difference between these two records. I love bluegrass, honky-tonk, and classic country, and those genres seem to combine well with indie rock, like what I played with the Broken West. It’s an odd pairing, because indie rock to me was always about not giving a damn if it sounds good, and bluegrass is not that way. Sure, some of it is lo-fi because those players are almost like jazz musicians, but that’s lost in the conversion in a lot of the newer stuff.”

You play a lot of solos, and your tone and approach are pretty aggressive. That’s certainly not the case with much of what you hear in the Americana scene.

In a lot of this modern music they shun solos of any kind. My sneaking suspicion is that they don’t have anyone who can do it, but I think also it’s an aesthetic choice they make. I guess there just isn’t much interest in guitar solos and guitar tone in that genre. Dwight and a lot of the guys I’ve played with, like Mike Stinson and Tony Gilkyson, really understand ’50s rock and roll, which is my favorite kind of thing. I’ve actually played for Chuck Berry too. I was able to be part of one of his pickup bands, and it was basically like a religious experience to play piano for him.

Was it the standard routine where you just met him at the venue?

Yeah, but it’s changed from the old days when he would travel alone and just show up in his Cadillac handcuffed to a briefcase of money. Now he brings a bass player who’s kind of a minder, driver, and musical director. The drummer and myself were just local guys, and he got the call. It was April Fools day when he called me to do the gig, so, of course, I thought I was being set up for a prank when he told me to drive way out to this casino in northeastern San Diego county, which is close to the border of Mexico. But the gig really happened. Chuck didn’t fire me or yell at me either, and he appeared to be having a lot of fun.

What instruments were you mainly playing with Yoakam?

On some of those paid performance things, he did a stripped-down band—like drums with brushes and acoustic-electric bass. Gene [Edwards] would play a Tele and I’d play mandolin, and we’d kind of do a Johnny Cash thing. But on the live shows, I predominantly played piano and organ, and sang. I also played some electric guitar, some mandolin, some steel guitar, and every once in a while an accordion. I started taking piano lessons when I was eight years old, and that’s been my primary instrument, but I moved into playing guitar and bass when I was in middle school. It’s like you hit puberty and the piano doesn’t seem that cool anymore.

And you went on to further your music education at USC, right?

Yeah. I moved to Los Angeles when I was 18 to go to USC, but also because I fell in love with L.A. when I first visited there. I always knew that I wanted to be in music, so it seemed like a good idea. I ended up with a B.A. in music so I wasn’t a performance major. I basically majored in music theory, which has been very handy over the years. I had done enough of it in my piano studies so that I was a little bit ahead of the game, and really ended up doing a lot of advanced ear training and theory. At the time I wasn’t quite sure how it would help, but it really has over the years doing studio work and things like that. It’s like learning another language.

What was the process for recording this album?

I had a core band come in because I was playing a lot of shows at that time as a three piece. The drummer was Mitch Marine, who is also the producer of the album, and he still works for Dwight. The bass player is a guy from the Bay Area named Lee Pardini, who was a freshman at my high school when I was a senior. We kept in touch, and I finally talked him into moving to L.A. three or four years ago. So he played all those shows with me and also played on the record.

Did recording as a trio make you lean toward a heavier guitar tone?

There are four or five songs that are just rockers, and on those I was primarily going with a big, dirty tone that would normally fill the space with a trio, and that informed the recording a lot. But some of the songs are a lot more layered, and that was a different process. Mainly I just played guitar and sang, and did a little bit of keyboards. Lee is a great keyboard player too, and he and Rami Jaffe from the Wallflowers also did some keyboard parts. I like having keys in the studio, but I don’t worry too much about how I’m going to recreate the music live. I just go and play it in a three- or four-piece arrangement and trust that the audience will understand.

The beefy tones you get on this record with single-coil guitars sound at times like you’re playing humbuckers. Did you double parts or anything like that?

The tracks are comped a little bit. I would usually do maybe two or three passes, and then comp them together. The studio is called Station House, in Echo Park, California, and it has a real nice live tracking room. It’s not real big, but it has some height to it, so we would mic the amp and then put a mic out in the room. You can hear that on “Suckerpunch” and also on “Go Dancing,” where the lead part has a room mic on it. But you know, a lot of that sound is just the rig, which is the same one I use live. I have a Frankenstein Strat that has a Duncan Hot Rails in the bridge position, so that’s a lot of what you are hearing. It has a kind of wild sound to it, and I really like it because it doesn’t really sound like a Strat, but it doesn’t sound like a Gibson type of guitar either.

What is your go-to amplifier?

My main amp is a ’64 Deluxe that has a Celestion Greenback speaker, and the spare is a reissue Deluxe with a Celestion Vintage 30. Bob Dixon does all the tech work, and that amp has what he calls the “Dwight mod,” where the first channel is jumped—in other words, the Normal channel doesn’t do anything, and the full power cathode goes to the second channel, which make it sound a little warmer. I don’t use that amp much, though—I mainly use the ’64, which doesn’t have any tweaks to it other than the new speaker. As far as pedals go I have a JHS SuperBolt, which I really like—and that’s just kind of on all the time.

You play a variety of Strat-style guitars, but rarely any Gibsons. Any particular reason?

I’ve always had a lot of trouble playing Gibson guitars because I think they’re too nice. Dwight had me playing an Epiphone Casino Elitist for a long time, so I got better at it, but I came up playing on Fenders so they’ve always been more natural to me. Dwight is a big Epiphone/Gibson guy, and I got a lot of experience playing that guitar with him. It was good experience too, because with a lot of Telecasters and Stratocasters you can kind of bang on them and it’s almost like they have onboard compression. Gibsons and Epiphones aren’t that way, so playing with Dwight made me get better at being subtle on that type of guitar.

Why did you leave his band?

I worked for Dwight for four years, and I gave my resignation about a year ago to start doing my own thing full time. It was a tough decision, but it was really impossible to do both. The whole time I was working for Dwight I got a lot of good reviews and I sold a bunch of records, but I wasn’t able to play many shows. Over the time that we were recording this album we played a lot of shows with the three-piece, and it was loads of fun. I’d never done that as a front man, and it was a great experience to learn how to fill that space effectively.